This is the most awesome trailer for the new Star Wars movie that I have ever seen! It is made all the more AWESOME because it is in LEGO. Check it out!

Due to a massive influx of college work the First Chapter will be delayed (yes even more so) until stated otherwise. Updates on the matter should come sometime next week.

Hey guys, I’m actually going to start using this now cause I finally have the free time too. So expect lots of new content/new members in the coming weeks!

Here is a very good link to a Blender 2.69 Boids tutorial. The author shows how to create a marching army running across a landscape. There are lots of very good demonstrations of things like armatures, the dope sheet editor and the NLA editor. Very useful for creating animations. I hope you like it. 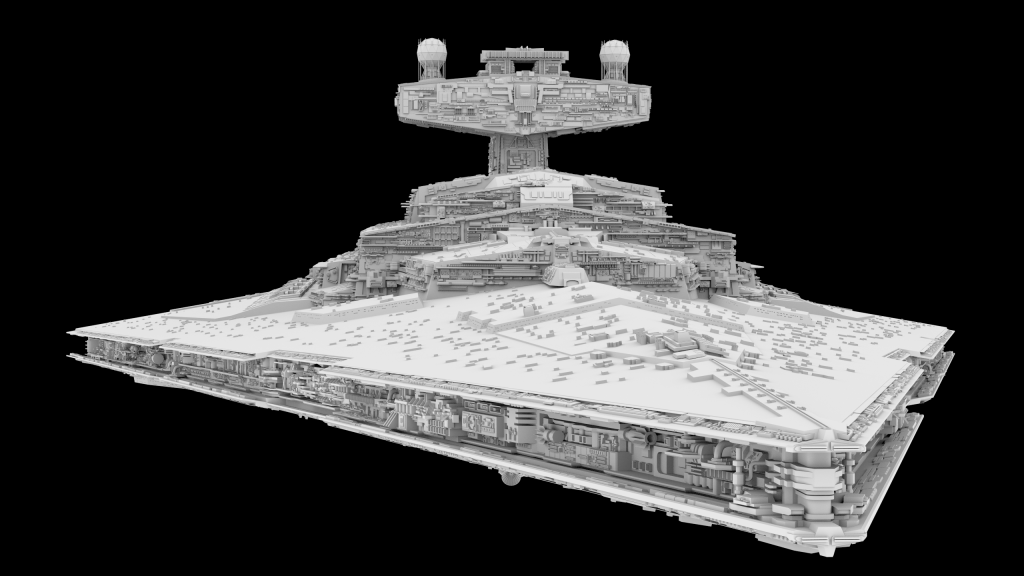 Having worked out how to add galleries to my pages I have added a new Imperial Star Destroyer study page here.

Here is a link to a cool new video that I have produced of the Millennium Falcon swooping around and Imperial Star Destroyer. All done in Blender 2.68a with a total render time of ~12 hours.

Here is a fictitious movie trailer that I have made for a film about Evil Space Ships.

Here is a short movie test where I was working out how to do a lot of space ships launching at once. The Tie fighters are generated using a “boids” particle system in Blender with the Tie craft as a “Dupli-group” object. The “boid brain” uses the following rules in this order:

The leader is the Darth Vader’s Tie Fighter which follows it’s own predefined path. In all there are 100 Tie Craft launched (101 including Darth’s Tie Fighter).

My plan is to have these launch from the main hanger bay of the Imperial Star Destroyer ship. Awesomeness!

I have added some more images to the Portfolio page. Take a look.